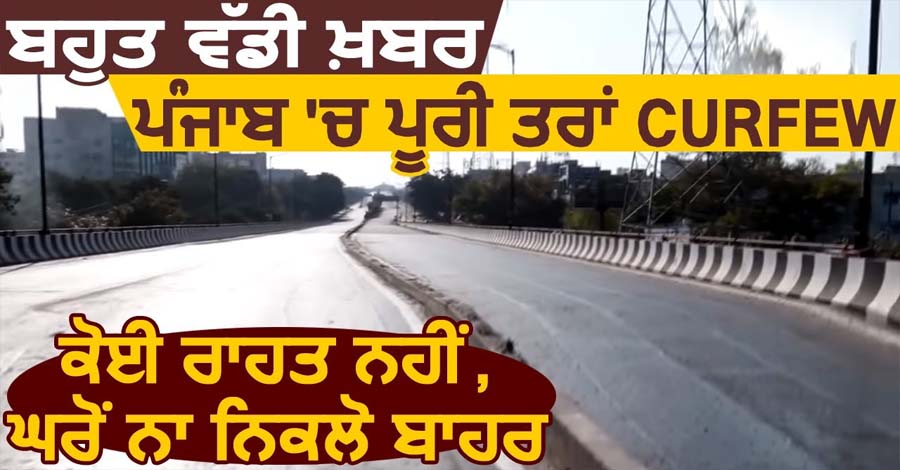 The Punjab Government has imposed curfew on the entire Punjab. Chief Minister Capt Amarinder Singh today took this decision after discussing the situation with the Chief Secretary and the Chief of Police in an emergency. Curfew will now be in effect across the state. In the meantime no relaxation will be found. Recalling the previous day, the Punjab government had imposed sanctions on section 144. In many places today, people have publicly violated these restrictions.

The shops were open as usual and people were out on the streets as usual. Subsequently, the Punjab Government has imposed curfew on the entire Punjab. The Punjab government has asked all districts to issue new orders. If a person needs relief during a curfew, he or she should be considered as a special case. The police will strictly enforce the curfew. Now there will be stern action against those who come out of their homes.

View all posts by admin →